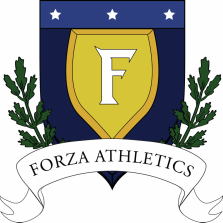 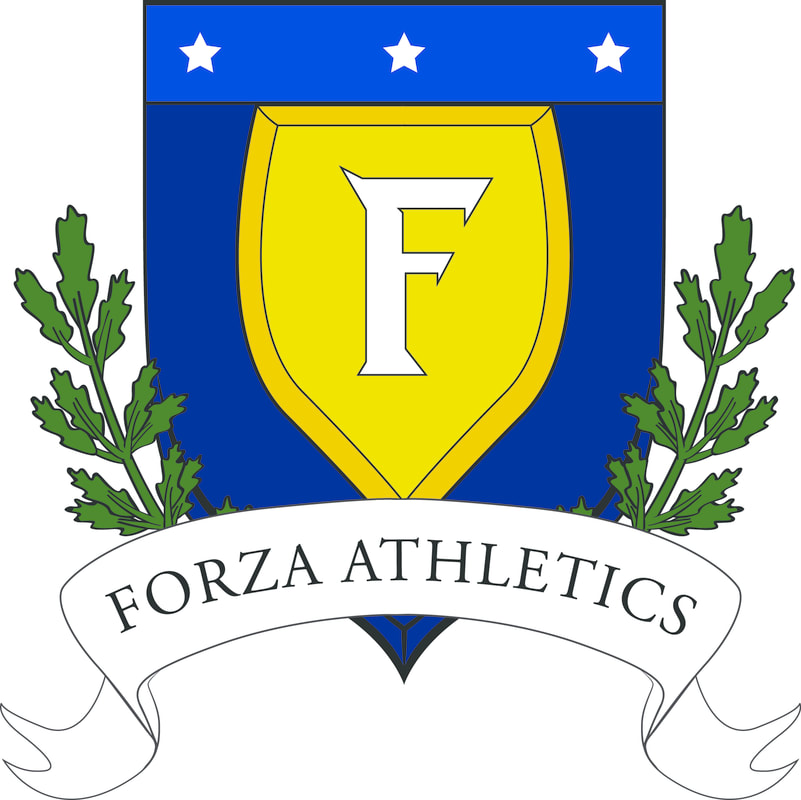 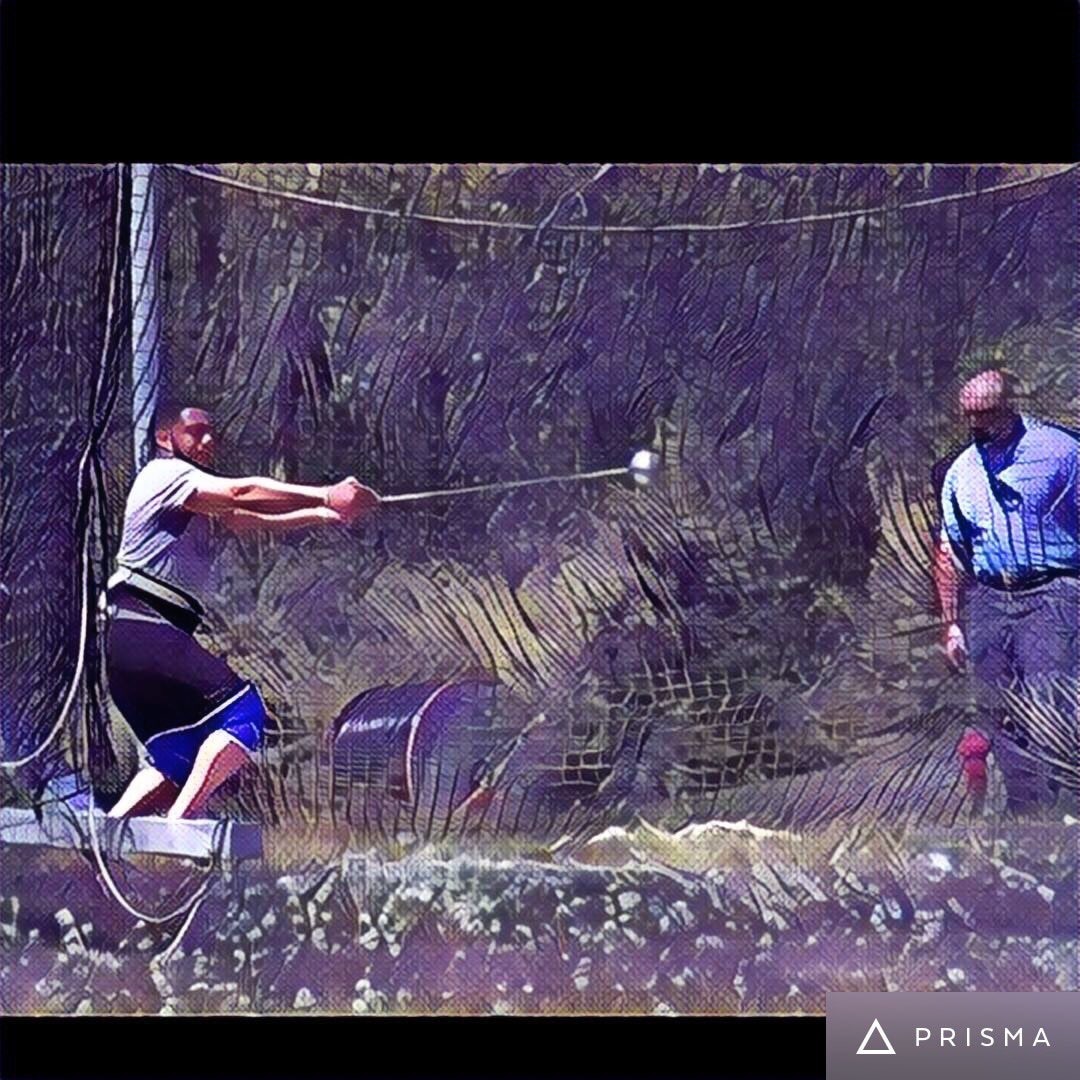 Our Forza Athletics team currently consists of Luis Rivera, the Puerto Rican National Record Holder in the 35lb. Weight Throw (22.01m) and the 2016 Division III National Champion in the Weight Throw.  Luis completed his 2017 season with a personal best throw of 63.23m in the Hammer.  In 2017, Luis added over 1.5m to his Weight Throw personal best, as well as 4m to his Hammer personal best.

Luis has continued with the success he achieved last year with a great start to 2018.  In February, Luis finished 7th at the USATF Indoor Championships.  Luis will open his outdoor season this Friday, April 20th, at the Jesse Owens Classic on the campus of The Ohio State University. 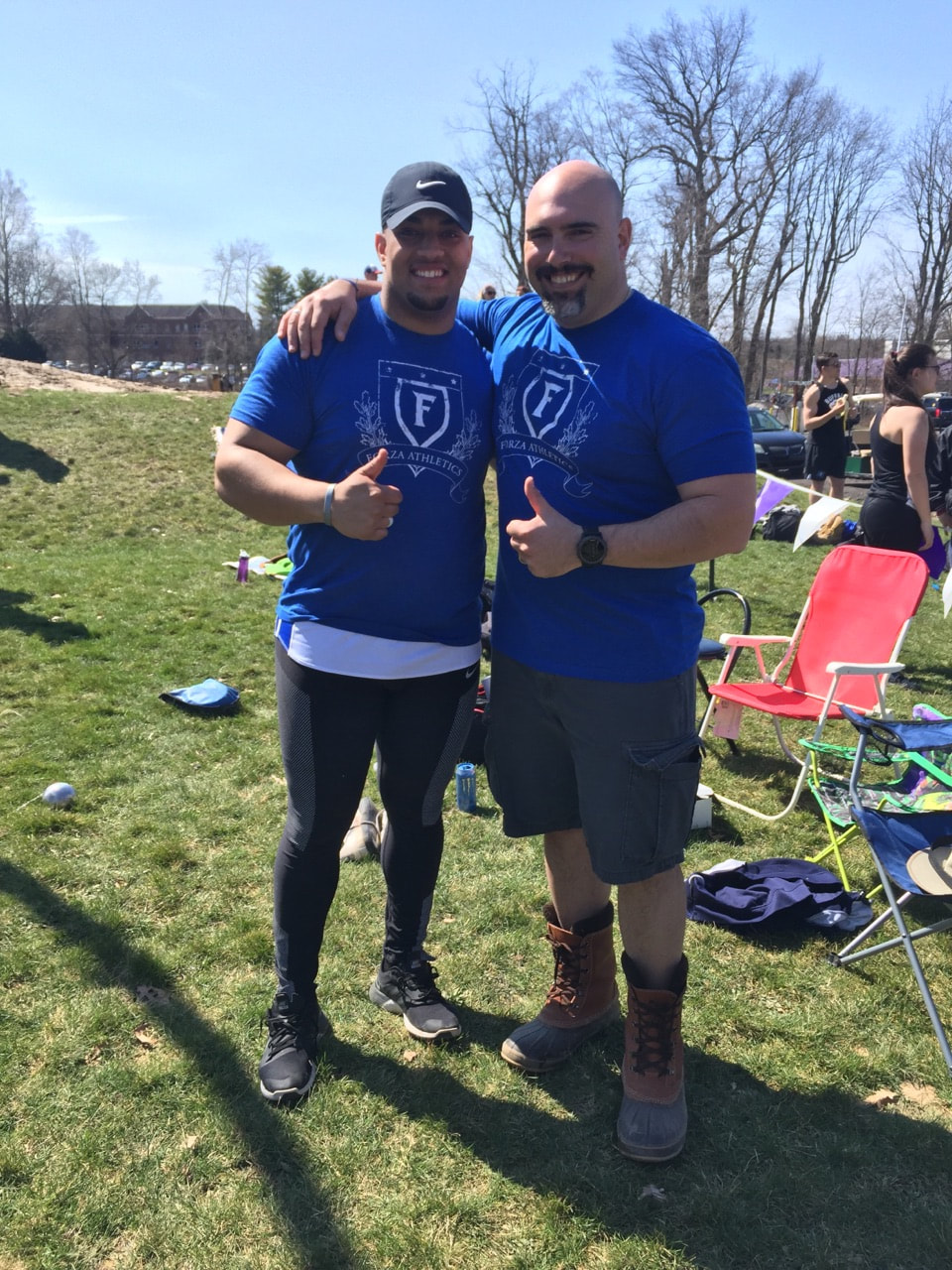 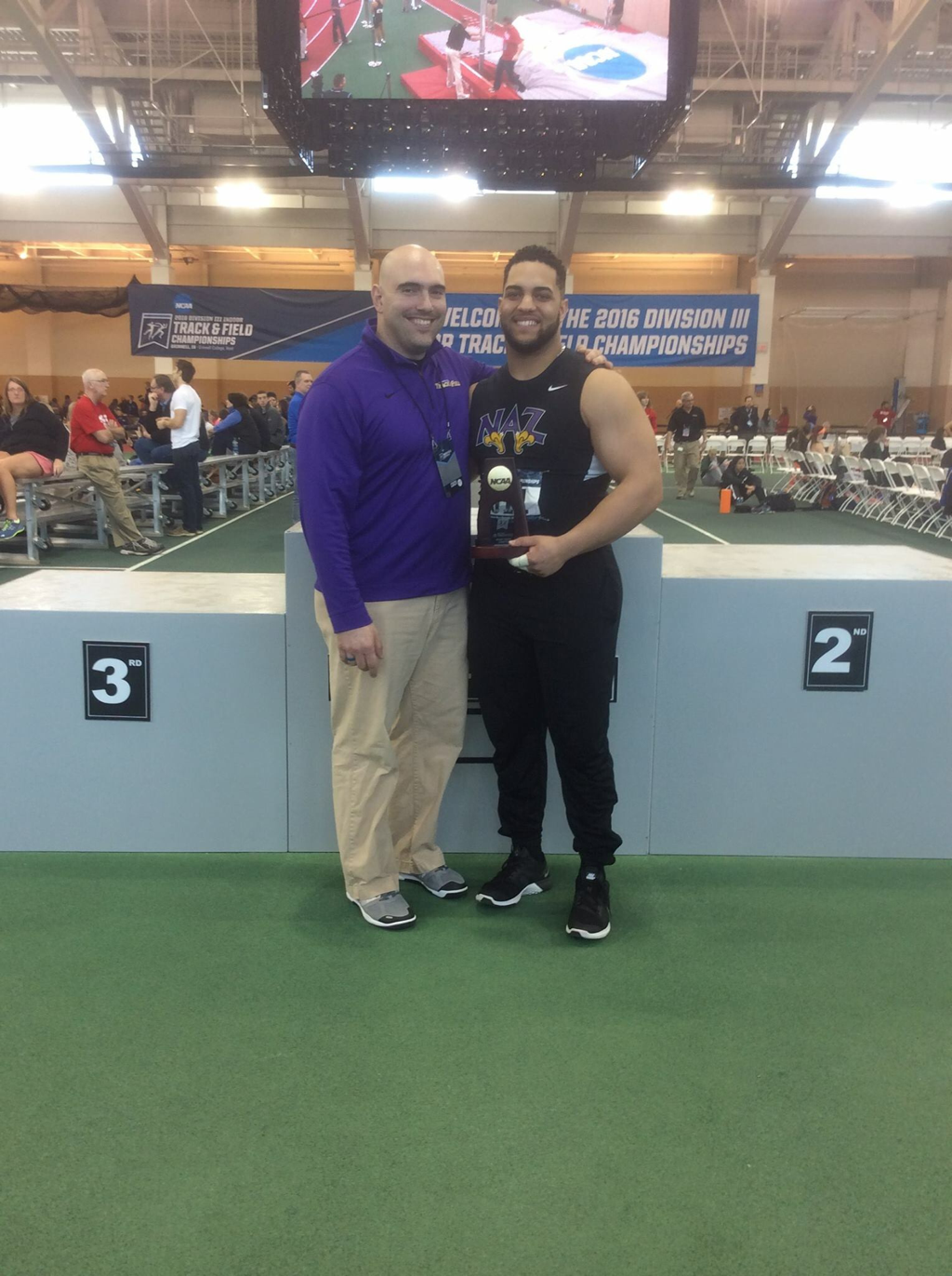 2016 Division III Indoor Nationals with Luis Rivera.  Luis won the 35lb. Weight Throw.  His winning throw of 20.45m ranks him 6th all-time in Division III.
Now a sophomore at Webster Thomas High School, Monique Hardy cemented her place as one of the top up and coming throwers in not only Section V, in the country as well.  In her first year of throwing the Weight, Monique won the Section V Class A Girls Weight Throw Championship with a throw of 45'8.75".  Monique most recently competed at the New Balance High School National Championship Meet in New York City.  Monique placed 3rd with a throw of 48'.  A fantastic first season for this up and coming thrower.

Following up her amazing freshman indoor season, Monique competed in multiple hammer competition after her high school outdoor season was complete.  Monique broke the New York State freshman hammer record at the Junior Olympic qualifier meet held at SUNY Brockport at the beginning of July.  Monique had the overall best throw of the day, throwing just over 46m, to win the 15-16 year old age group.  She carried that momentum into the National Junior Olympic meet in late July, where she finished 2nd in the 15-16 year old age group with another record setting throw of 47.50m. 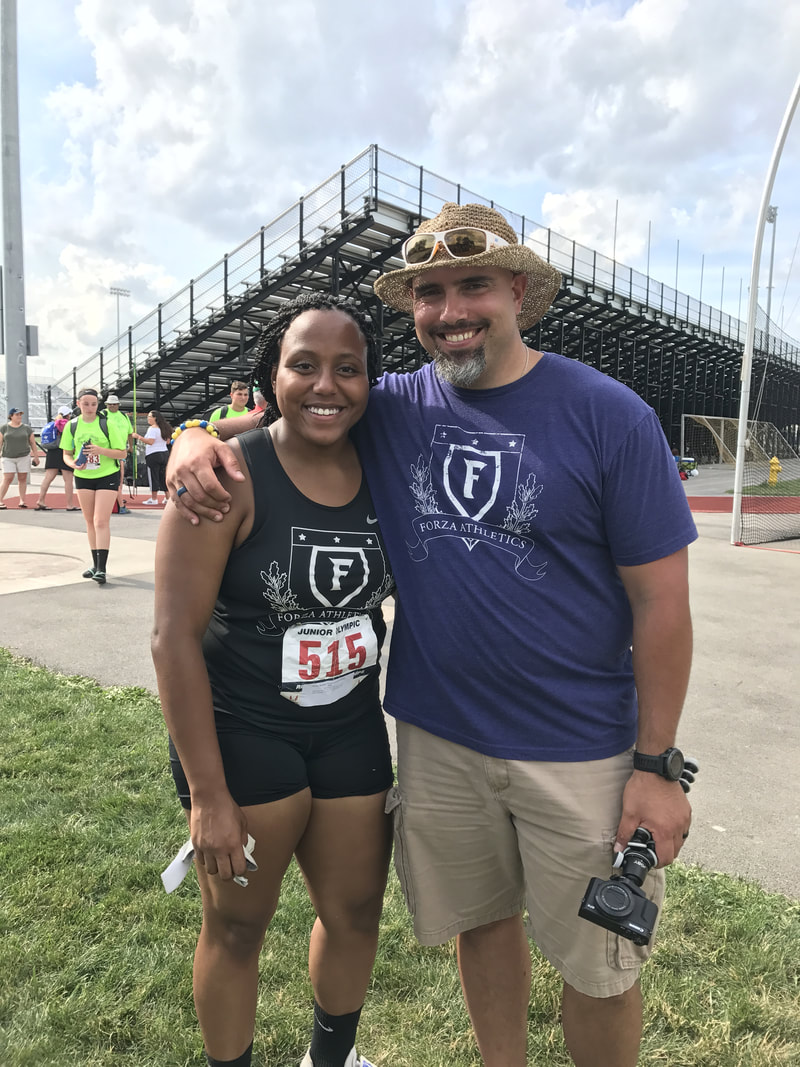 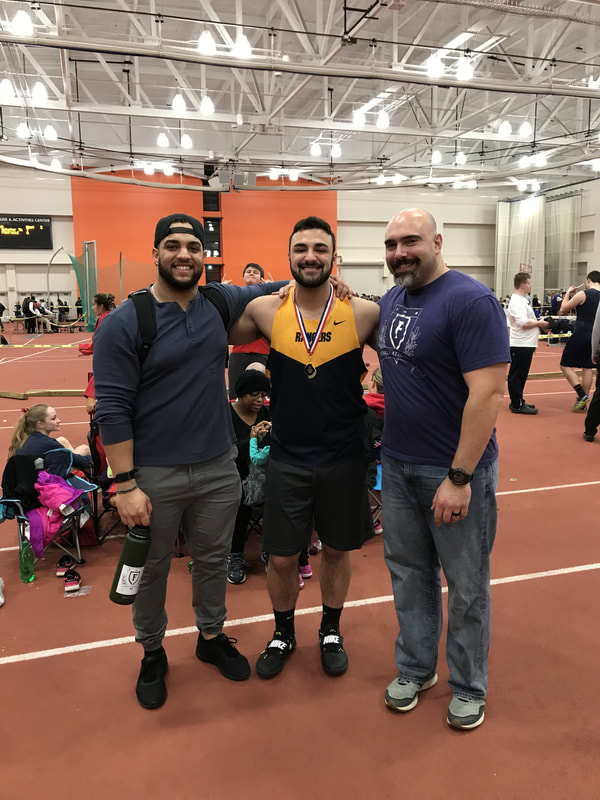 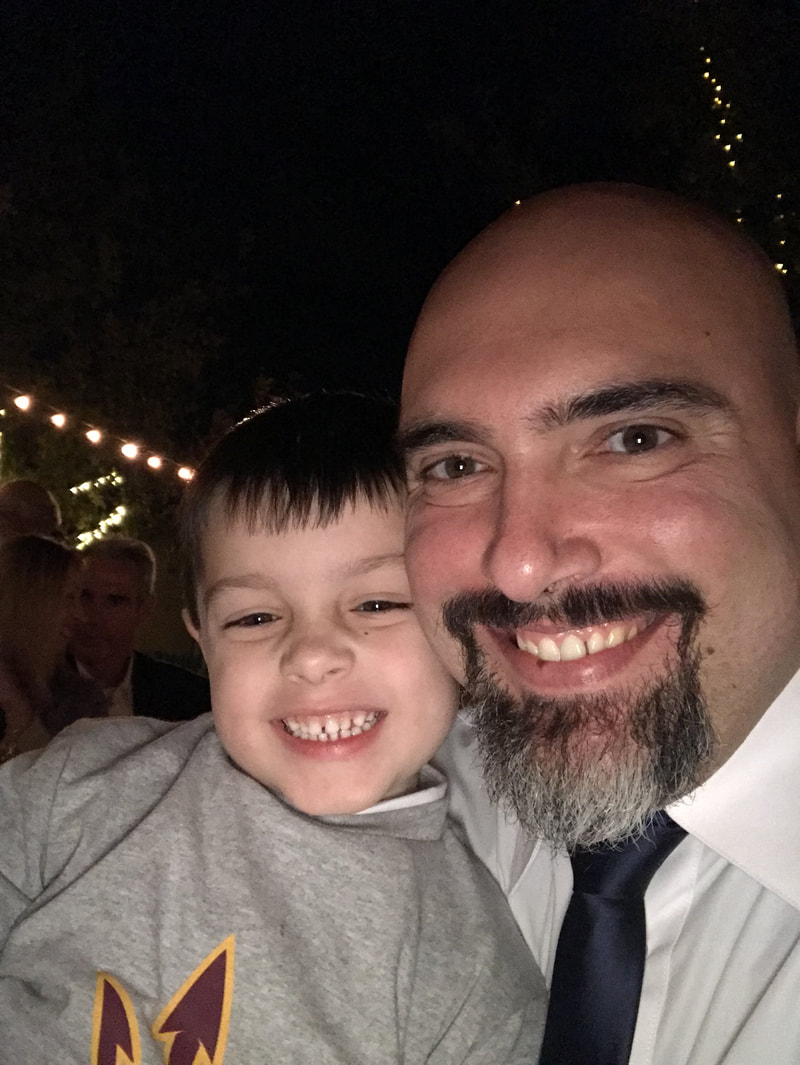 My name is Charles Infurna, Ed.D. I am the owner and head coach at Forza Athletics. My coaching philosophy is:

To maintain an encouraging and constructive training environment that inspires athletes to have limitless dreams surrounding their potential as athletes. This will be accomplished by teaching skills in a cultivating and deliberate atmosphere, while allotting athletes the autonomy they need to reach their goals. Athletes will be provided guidance, mentoring, and camaraderie in pursuit of their aspirations as students and athletes.

To schedule your individualized and unique throwing session, contact Dr. Infurna at forzathletics@gmail.com
In my 10 years of coaching at the Division III level, I have had the great pleasure and privilege to have coached and mentored two Division III National Champion Weight Throwers, 10 All-Americans, multiple ECAC champions, and numerous SUNYAC and Empire 8 Conference Champions in the Hammer, Weight Throw, Discus, and Shot-Put.